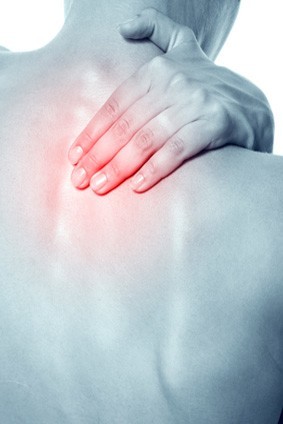 Chronic low back pain is one of the most common causes of disability; it’s been estimated that between 50-80% of the people in the United States will experience at least one episode of back pain during their lifetime, and nearly 30% of the population suffers from back pain at any given point in time (Walker III, et al., 2008). While most cases of back and neck pain resolve on their own, some cases persist for many weeks and are considered chronic. Chronic pain of both the back and neck are notoriously difficult conditions to treat, due in large part to the variety of anatomic and physiologic problems which can serve as potential causes.

A proportion of cases of chronic back and neck pain, commonly estimated to be approximately 10%, are directly the result of a problem with an inter-vertebral disc; a cartilaginous cushion that sites between the vertebrae of the spine. In many cases, this ‘discogenic’ pain does not present with any other diagnostic clues on radiologic imaging; the disc causes pain, but visually no anatomic problem seems to exist (Walker III & al., 2008).  In fact, about 40% of the time, an inter-vertebral disk is found to be the root cause of chronic pain despite no evidence of herniation or physical abnormality (Machnikanti, et al., 2009).

A discogram is a diagnostic tool that can help connect a patient’s perception of pain with disease state. It is used to confirm discs as a source of chronic pain before surgical intervention is pursued with the aim of pain relief. A discogram is essentially an x-ray/CT imaging test that attempts to visualize contrast dye injected directly into a disc; the purpose of which is to assess for pain from increased pressure and leakage from anatomic damage to the disc- both of which can indicate a discogenic pain syndrome (ExitCare, 2011). Given a confirmed diagnosis, interventional pain specialists can move forward to treat the condition and help patients return to their normal, pain-free lifestyle.

The spine is composed of vertebral bones stacked atop one another, which form a protective channel for the spinal cord and serve to support the trunk of the body, as well as provide for motion and flexibility.  These vertebrae are divided into several segments, including seven cervical (neck), twelve thoracic (upper back), five lumbar (lower back), and five fused sacral (pelvic) vertebrae (Walker III, et al., 2008). The forward portion of a vertebra consists of a substantial vertebral body, from which smaller portions of the vertebrae (the lamina and pedicles) and bony processes project back to form a hollow center and attachment points for muscles and adjacent vertebrae.

Each vertebra is separated from direct contact with its neighboring vertebra by thick, gel-like cushions termed inter-vertebral discs. These discs are composed of two parts; (1) a thick, outer-ring known as the annulus fibrosus, and (2) a gelatinous core of nucleus pulposus (Walker III, et al., 2008). The discs receive their own significant nerve supply, which is capable of carrying pain signals from the discs to the brain. The inter-vertebral discs are responsible for transmitting the great loads carried by the spine and facilitating movement between adjacent vertebrae. The cervical and lumbar portions of the spine are the most mobile, which may explain why discogenic pain tends to occur in the neck and lower back. Given the immense loads and pressure placed on inter-vertebral discs given their role within the spine, it is unsurprising that discs can degenerate and lead to painful conditions. It is on these discs in which a diagnostic discogram is performed.

Obtaining a discogram is generally delayed until more conservative treatment options for back and neck pain have been attempted and failed. Conservative options may include oral medications, physical therapy or injections to name a few (Walker III & al., 2008). For persistent pain, imaging studies are then ordered to look for anatomic disease.  It is only when this imaging proves unsuccessful that a discogram is considered to assess disc-related pain.

So long as a patient does not have a known allergy to any of the materials used during the procedure, including the contrast dye to be injected, to get a discogram a patient is positioned in such a manner so as to allow for needle placement into the disc through the back- this is often done when the patient lying on their stomach or their side. The injection site is then anesthetized (numbed) and sterilized.

Fluoroscopy, a type of real-time x-ray which can track needles as they move through tissue, is used to guide needle placement during the procedure. The needle is guided into a disc and used to administer an injection. The injection consists of a liquid contrast material and in some cases a prophylactic antibiotic if a patient may be prone to infection (Walker III & al., 2008). This process is repeated in discs at all spinal levels to be tested. As the fluid injection is performed, the patient is asked to report whether or not the pain is reproduced, and characteristics of the pain as delineated by a pre-defined scale. Disc pressure is also measured.  A positive discogram in one in which injection of an inter-vertebral disc reproduces pain, while injection of adjacent, healthy discs does not. After injection, a CT scan is performed to visualize the injected contrast solution and identify any leaks in the disk.

After the procedure, the site of needle injection is cleaned and bandaged.  Some soreness can be expected at the injection site for a few hours or days following the procedure (ExitCare, 2011).

A discogram can be an invaluable diagnostic tool where other modalities fail.  The North American Spine Society has issued position statements recommending the use of discograms for persistent back pain, negative conventional imaging findings, suspected disc abnormalities, and for patients considering spinal fusion surgery (Walker III, et al., 2008). Further, discograms may improve the outcomes of surgical procedures following definitive diagnosis via discogram.

Complications associated with a discogram range from 0-2.7% of patients depending upon the study (Walker III, et al., 2008). Most complications tend to involve temporary increases in pain and infectious inflammation of the disc (discitis) or formation of an abscess near the injection site.  Serious complications such as nerve injury and discitis are exceedingly rare. Performance by an experienced pain specialist and proper sterile technique can minimize these risks.

The following symptoms could indicate an adverse reaction, and should prompt a patient to seek immediate medical attention (ExitCare, 2011):

Risks and complications associated with discograms are very low, and can be minimized through proper home care following the procedure.  Patients should take all prescribed medications, avoid strenuous activity, and keep injection sites clean and dry.

Several studies have found a concordance between elicited disc pain (a positive discogram) and the finding of a resultant disc defect (Walker III, et al., 2008). In one study concordance was 72%, and in another of 164 patients, the discogram and disc abnormalities correlated 76% of the time. For those patients in which a discogram led to surgical intervention, one study found that 70% of patients reported good-to-excellent results following surgery.

Discograms can help shorten the time to diagnosis for patients suffering chronic, discogenic pain of the back and neck.  By shortening this time, it can allow for patients to be treated more promptly and improve quality of life much sooner.