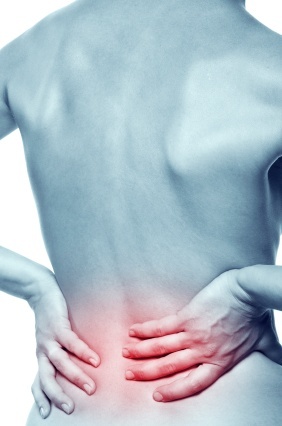 Peripheral nerve stimulation (PNS) is an innovative treatment for nerve pain and related symptoms. The field of PNS is currently experiencing a phase of rapid growth in number of patients, implanters, indications, and procedure types (Stanton-Hicks et al, 2011).

PNS involves implanting a lead on a nerve and using a low-voltage electrical current to replace nerve pain, numbness, tingling, burning and overactivity with paresthesia along the entire trajectory of the stimulated nerve (Abejón & Pérez-Cajaraville, 2011). Paresthesia is a pleasant buzzing sensation that interferes with transmission of noxious stimuli to the brain. PNfS is similar to PNS, but stimulates a region rather than a specific nerve. The concept of producing paresthesias to combat nerve pain is the same in both PNS and PNfS.

The exact mechanism by which PNS combats nerve pain is incompletely understood. However, a widely accepted explanation is the “gate-control” theory originally described by Melzack and Wall in their seminal paper published in 1965.  According to Melzack and Wall, the gate of pain transmission is opened by activation of nociceptive specific neurons, while stimulation of large myelinated fibers closes the gate.

One of the chief indications for PNS is to manage chronic nerve-related pain, or peripheral neuropathy. Peripheral neuropathy is a disorder of the peripheral nervous system that produces pain, tingling and numbness. Peripheral neuropathy can be caused by many conditions including autoimmune diseases, alcoholism, nerve damage, trauma, post-herpetic neuralgia (shingles), diabetes, medications, reflex sympathetic dystrophy (complex regional pain syndrome), refractory angina, and unknown causes. For example, a common type of peripheral neuropathy that can be treated by PNS is diabetic neuropathy (Bril, 2012), or damage to nerves that occurs due to high blood sugar levels from diabetes (Eckman, 2011). Particularly in the early stages of diabetic neuropathy, patients are characterized by burning feet, hyperalgesia to heat, and mechanical stimuli, as if residual nociceptors (pain-sensing nerve cells) were sensitized (Fuchs, 2010). PNS has been reported to ameliorate these unwanted symptoms in diabetics.

Similarly, PNS can be useful in controlling various types of neuralgias. A neuralgia is a chronically painful nerve. Common neuralgias include occipital neuralgia, or nerve pain at the back of the head, trigeminal neuralgia, or nerve pain on either side of the face, and post-herpetic neuralgia, a chronic neuropathic pain syndrome that arises as a sequel of herpes zoster eruption. A case study reported in the literature described successful use of PNfS to manage supra-orbital (above the eye) post-herpetic neuralgia which was refractory to the commonly used pharmacological treatment (Suriya et al, 2010). After successful trial stimulation, a permanent stimulator was placed successfully, and patient medications were tapered off within two weeks. At eight weeks following implantation, the researchers reported the patient was still experiencing “excellent” pain relief, without any side effects.

And PNS can be used to control overactive and unwanted activity of nerves. Examples of such nerve conditions include overactive bladder and fecal incontinence. A systematic review of the literature on posterior tibial nerve stimulation for treatment of idiopathic overactive bladder in women from January 2000 to August 2010 found reported success rates of 54-93 % among 17 of 136 studies that met inclusion criteria (Levin et al, 2012). Included studies were randomized controlled trials or observational studies reporting objective outcome measures with the use of the Urgent PC or Stoller Afferent Nerve Stimulator for posterior tibial nerve stimulation, and met stringent quality requirements. Another recent study found sacral nerve stimulation can maintain a persistent clinical benefit in the long term for the majority of patients with fecal incontinence (George et al, 2012). All patients who underwent sacral nerve stimulation for fecal incontinence from 1996 to 2002 were followed up prospectively, and data were collected by the use of bowel habit diaries and St. Mark’s continence scores. Treatment success was defined as greater than 50% reduction in episodes of fecal incontinence with sacral nerve stimulation in comparison with baseline symptoms. Between January 1996 and December 2002, 25 patients underwent temporary sacral nerve stimulation. Twenty-three (92%) patients had a greater than 50% improvement in their ability to defer defecation during the trial phase and were considered suitable for chronic stimulation with an implanted stimulator. Over a median follow-up of 114 months, full continence was maintained in 12 (48%) of the 23 patients who received a neurostimulator implant.

One of the main functions of peripheral nerves is to communicate sensory signals from the body, or the periphery, to the spinal cord. The spinal cord conveys these signals to the brain and action messages are sent back to the body. Incoming messages are primarily sensory in nature, such as the perception of pain. These sensory messages travel to their ultimate destination — the brain — along afferent nerve fibers. Outgoing messages are primarily concerned with mobility, or instructions sent to muscles and organs to move. These messages travel from the brain to target tissues along efferent nerve fibers. Efferent fibers allow the brain to control the body in response to sensory input received by afferent fibers. Potentially noxious stimuli are sensed by specialized nerve cells called nociceptors, which communicate pain signals from peripheral tissues to the central nervous system.

Unlike the CNS, the PNS is not protected by the vertebral column and skull, or by the blood–brain barrier, leaving it vulnerable to toxins and mechanical injuries. Damaged nerves can produce symptoms of pain, tingling, numbness and burning. PNS is designed to interfere with these symptoms, replacing them with soothing sensations.

Before implantation with a permanent device, patients typically undergo a trial for a few days.  If pain improves and activity level increases, a permanent electrode and stimulator device can be placed.

The patient is numbed with local anesthetic in the area to be implanted, and given intravenous sedation. Next, the physician will place soft, thin lead wires through a needle under the skin. The battery-operated stimulator is also placed under the skin through a small incision. This device is turned on and releases electrical current, which replaces painful sensations with a gentle tingle. The entire procedure takes less than a couple of hours to complete, and is done as an outpatient. Much like a pacemaker, which is another type of implanted device, a nerve stimulator is a self-contained system that is not visible beneath the skin.

Possibly the greatest benefit of PNS is that it interferes with the perception of pain, offering hope to patients with chronic pain conditions. Further, implantation of the device is minimally invasive, the intensity of the stimulator can be changed, and the system can be used on demand to provide optimal pain relief. With the improvement of pain symptoms gained after treatment, patients may be able to decrease pain medications and increase daily activities.

A 2012 study described beneficial effects in two soldiers who received percutaneous ultrasound-guided PNS for acute peripheral neuropathic pain refractory to current drugs and regional anesthesia (Kent et al, 2012). Their condition was secondary to combat-related polytrauma, which is a common occurrence in the United States military. Opioid reduction and marked increase in functionality were possible in one case, and cessation of opioid escalation, with eventual reduction after permanent implantation, was possible in the other.

Further, a recent study assessing the effect of PNS on neuropathic testicular pain reported successful implantation of an ilioinguinal and genitofemoral nerve stimulator for sustained suppression of intractable neuropathic testicular pain (Rosendal, 2012). A 30-year-old man with a four-year history of chronic testicular pain following scrotal hydrocele surgery had two percutaneous leads implanted in his groin and low-frequency stimulation of the cutaneous branch of the ilioinguinal and genital branch of the genitofemoral nerves. At the seven-month follow-up, the pain intensity had declined from nine/10 to two/10 on the numeric rating scale (of zero to 10, with 10 being the worst possible pain).

Risks in PNS surround the patient and hardware. In the patient, development of complications such as damage to tissues during installation of the system, prolonged wound healing, development of scar tissue, and excessive perioperative bleeding are possible. In addition, development of infection can result, with consequences as severe as explant of the entire system.

Regarding the hardware, equipment failure is a risk. The generator powering the system can fail, and the leads can fracture or migrate (Spuck et al, 2010). There is also a risk of inadequate coverage of the painful region, once the system is placed.

In general, careful patient selection, meticulous sterile technique during implantation, scrupulous after-care of wounds, and vigilance by the physician and support staff are important in preventing development of complications.

Recently, there has been a tremendous evolution in the field of neurostimulation (Abejón & Pérez-Cajaraville, 2011).  PNS is gaining recognition as a minimally invasive pain-relieving modality used alone or in concert with other pain management approaches, and recent technological advancements and development of new indications are cause for considerable optimism regarding the development of PNS (Abejón & Pérez-Cajaraville, 2011; Stanton-Hicks et al, 2011). 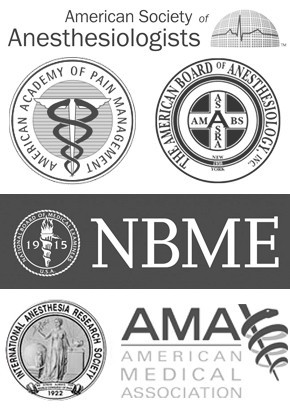